Phlog??   What on earth is that?   Well, I thought a blog for Photographs could be called a ‘Phlog’.  Others might prefer an image blog and call it a Imlog or a Blage, but I like Phlog as a general term, although in this case, since the subject is images that might make you laugh, perhaps a Blaph would be more suitable!

Be that as it may, photography has taken the world by storm and everybody owns a camera.  Some use them wisely and some abuse their cameras.  The really great thing about digital photography, however, is the freedom which it gives to the photographer.  Freedom to shoot fast and furiously and, in the process, pick up the odd funny shot.  These are a few from my database.

As with most photography, but especially so in this case, the title is a vital component of the image. 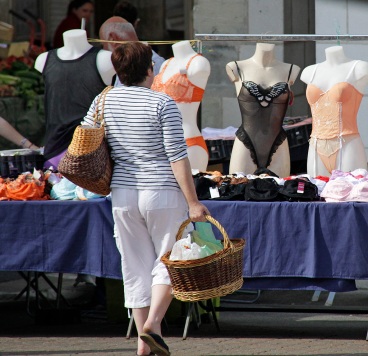 At last, a shop for men 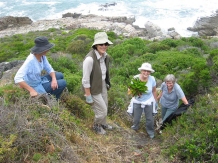 This morning a small group of volunteers (about 14) gathered at Kwaaiwater and set about removing alien statice from the area around the Cliff Path and clearing the sand from the path in the Mossel River area.  This is an initiative by the Cliff Path Management Group (CPMG) headed up by David Beattie.  Work groups are being arranged on a monthly basis to tackle various areas requiring attention.  Coca Cola came to the party, providing drinks for the tired volunteers, and I was asked to do the draw for a prize of a sundowner cruise sponsored by Southern Right Charters.  Guess who won – no it wasn’t me, but it was Renee, so I’ll get to go on the cruise anyway!  Thanks to the sponsors for their generous participation in this venture.

Back to the purpose of the exercise.  After a couple of hours of really hard work – and you should have seen the bedraggled workers – the improvement was certainly noticeable.  Huge amounts of the plant invader, statice, had been removed and the path adjacent to the Mossel River bridge looks like new.  A number of morning strollers and joggers complimented the group on the work done.  It was a successful and satisfying experience and can only improve community spirit.  Keep up the good work CPMG!!

Corylus is the Genus of the hazel – the common hazel being Corylus avellana.  So if your name is Ronnie Hazell, it makes sense to call your site ‘roncorylus’.

Why its called Mt Dyer, I don’t know.  According to my 1:50000 topo sheet, we set out from Blommerus Farm and walked to Tafelberg.  This happened on 1oth November and in our group were Garth, John, who arranged the whole thing, Jessica, Mags, Tricia, Anina, Elsa, Lynette, Rosemary Renton (with her dog) and Renee and me.  It was a beautiful warm day and we were welcomed by the farm owner who explained the route we were to take.

After a not so nice hike through predominantly alien vegetation we emerged half way up the mountain in pristine fynbos.  It was really beautiful and the views out to the north were worth the climb.  We saved the best for last, however, because when we arrived on the top of Tafelberg and looked out over the Uilenskraal River mouth, we could see forever.

We returned via a different route and ended up walking exactly ten kilometres.  On arrival back at Blommerus, where we had left our cars, we were amazed to find two Black Eagles (now called Verreauxs’ Eagles) flying really low over us, as if in welcome.  I have never seen these birds so close in the wild and it was a truly wonderful sighting. 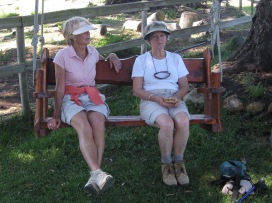 When Renee and I tried to get places in the club outing to Bastiaanskloof in Bainskloof, everything had been taken, so we decided to try our new caravan, and camped at the Tweede Tol site in the Limietberg Reserve, just 5 kilometres to the west.  It is a pleasant site and we had an open spot near a fast flowing stream, but, like so many camp sites, the ablutions could do with some renovations.

The rest of the members stayed at the Bastiaanskloof cottages, but three couples who were scheduled to stay in the main cottage were asked if they would mind moving to India House, as the cottage was no longer available – well, it was a complete no-brainer!  India House is a magnificent lodge with everything that opens and closes and bathrooms to satisfy even the most fastidious of clients.  This was where we met for evening meals and it certainly set new standards for the bird club!!

The birding itself was not fantastic – no fault of the organisers – but there was a strong south-easter, which did not work in our favour.  That same wind had meant that Renee and I did not sleep much on Monday night, as the caravan was buffeted wildly and the fly sheets flapped and banged all night!

On Tuesday we visited the Kluitjieskraal Forest area and the associated wetlands.  From there we went up the pass behind the reserve and were treated to magificent views across the Wolseley/Tulbagh valley.  The veld was beautiful, but we were told not to use the ‘f” (for flower) word as this was a birding trip!  Pity, because there were many nice ‘f’s.  The same could not be said of the birds and we did not see that many, however the club stalwarts used the opportunity to update their atlas data and will no doubt have made a contribution to the greater knowledge.

On our return to our camp, after a pleasant lunch in Tulbagh, we were distraught to find more wind and more damage to the set-up.  We decided that we could not endure another sleepless night, so, with our tails between our legs, we returned to Hermanus, missing the final day of the outing.  It was a pity, but we nevertheless had an opportunity to make new friends and to see another part of the world – and to try out the van!  We learnt a lot!!

“Who are the Hermanus Hurriers?”, I hear you ask.  Well, here is a listing of our current members:

If you want to send me photos of yourselves we can build a rogues gallery! 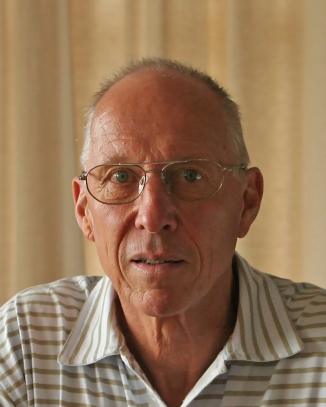 We had a good turnout for the walk above Kidbrooke on Wednesday 17 November.  John set things up with Kidbrooke and opened the gate for the group comprising himself, Hedley, Julian and Trish, Jessica, Anina, Debby, John and Carol, Garth and Liz, Biddy and Renee and me.  Although the walk was only 5km, it was a tough climb and the day was warm.  Fortunately there was quite a strong south-easterly breeze to keep things cool and we made it to the top beacon unscathed.  There was some discussion about how to return as some members did not want to go down the steep path, so Garth, who knew his way around, showed us another, less used path skirting around the north of the steep section.  We set off along this route, which became more and more overgrown until it disappeared completely and we had to find our way through some pretty thick bush before eventually reaching the path which we had taken on the upward journey.  What a relief!   There were many scratches in evidence by this stage and when we arrived back at Kidbrooke for lunch some impromptu first aid was needed.  We then sat down to an enjoyable pub lunch fueled with a beer or two and a few glasses of wine.

It was a worthwhile outing and the veld was beautiful once we got past the alien vegetation on the bottom slopes.  Some serious hacking is needed along this section where a lot of Rooikrans, Myrtle and Port Jackson willow was growing.  We even saw some Hackia!

Higher up fynbos prevailed and there were some interesting flowers to see.  No doubt the botanists will identify them.  The views from the top were memorable and made one realise how much Hermanus and its western suburbs have grown.