This morning 9 Hurriers took to the Perdeberg Trail for the first time in around 10 years.  Why we haven’t walked it more often remains a mystery, as it is one of the most beautiful places imaginable.  The fynbos was absolutely stunning, dominated by a myriad of ericas, including the magnificent Erica massonii, looking better than ever before!  The weather was perfect and the walk is relatively easy with no steep sections.  Being a track, rather than a path also allowed for good communication, as we did not have to walk in Indian file.

It would be a gross underestimation to say that we were not blown away by the beauty of the Kogelberg Reserve.  Our hike was 6 km out and then back along the same route, but we were never bored.  It was like being in a garden all the way!

We saw very many Orange-breasted Sunbirds and a few other fynbos species, but the main find was a Hottentot Buttonquail which suddenly rose from our feet!

There was, unfortunately, evidence of flower poaching with bundles of Brunia hidden beside the path for later collection.  We reported this and were pleased to meet up with a group of rangers who responded immediately to investigate the matter.  Let’s hope they catch the perpetrators. 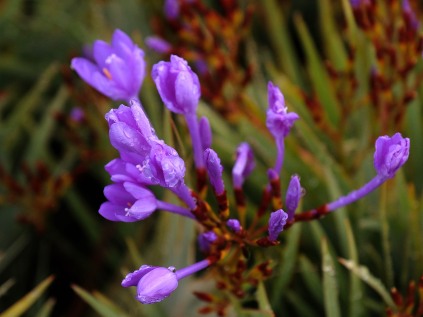 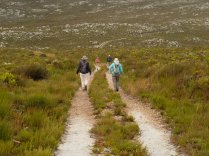 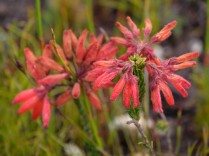 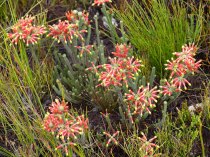 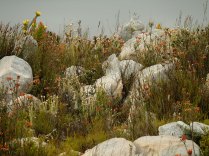 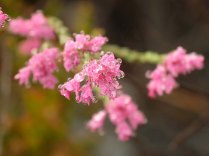 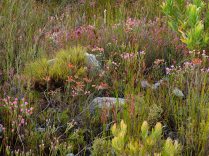 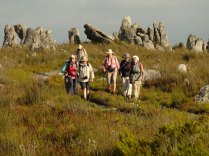 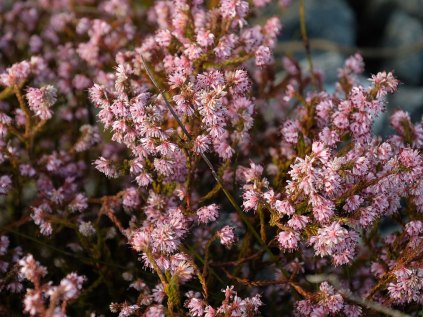 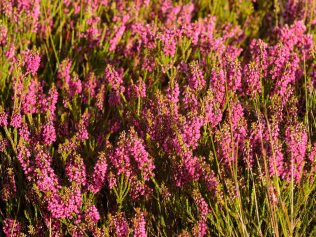 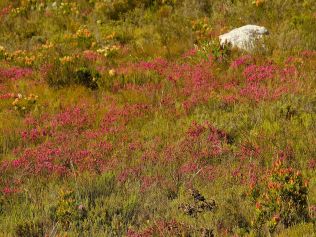 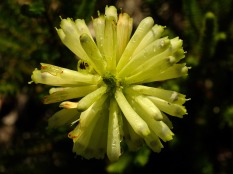 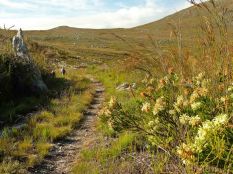 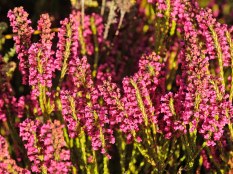 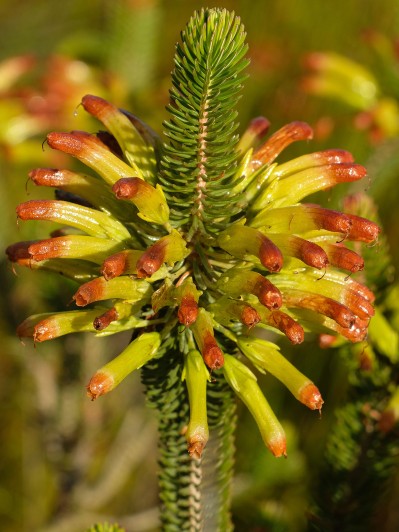 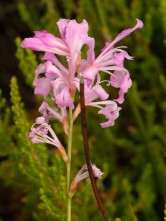 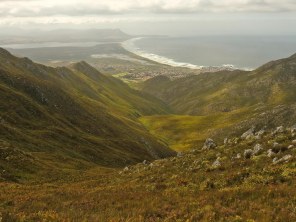 Towards Kleinmond and the Bot river lagoon 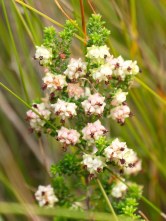 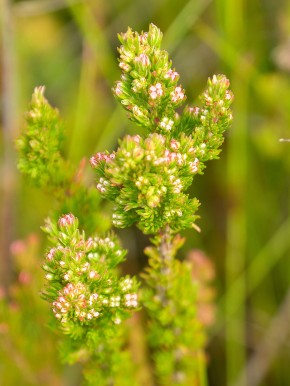 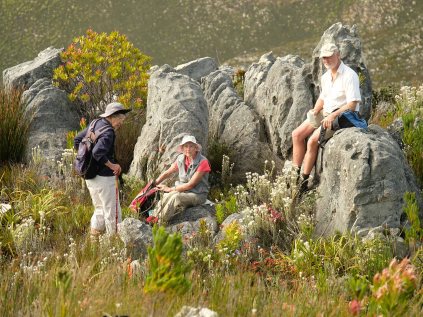 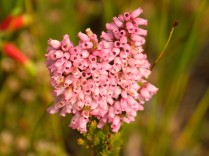 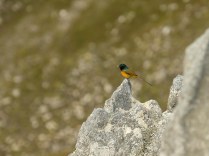 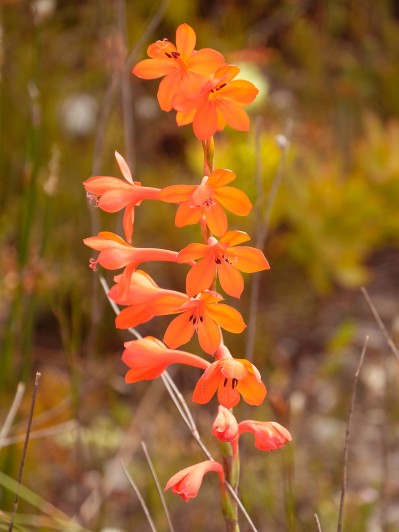 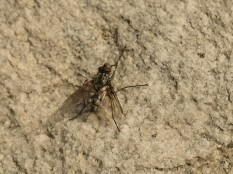 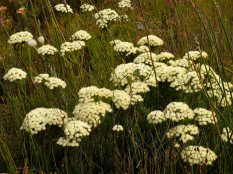 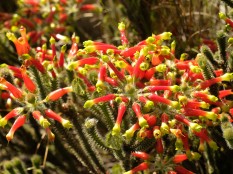 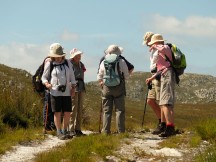 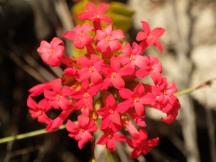 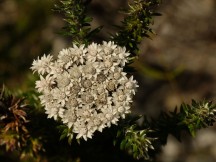 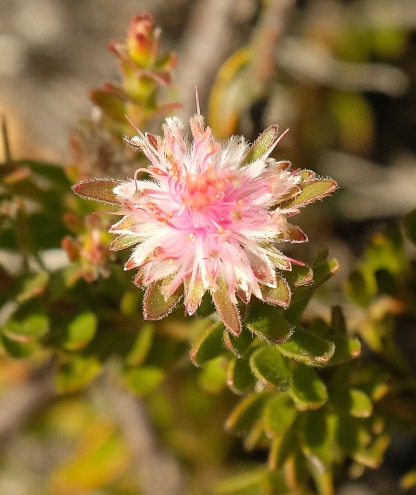