We had three couples to dinner here last Thursday and, whilst at the table, the conversation turned to Brazil and my having grown up on the Fazenda Tres Barras, a ranch in the Ribeirâo Preto district, some 300 kms north of Sâo Paulo.  Imagine my amazement when David Dicey announced that he had visited the same farm in 1975 when a friend of his was the manager there.  There was much oohing and aahing over this incredible coincidence, but it all seemed like nothing when, early next morning I received an e-mail from Carl Pohl who had also been present at the dinner, sending some scanned photographs that his father had taken of the farm when he visited it in 1955 (he was the SA Ambassador to Brazil at the time).  We had left there in 1949, when we came to South Africa, never thinking that there would be any further contact of any kind.  Well, I was completely bowled over to think that of eight people sitting around the table in Hermanus, South Africa, four had something in common with a farm in a remote area of Brazil.  The fourth one was, of course, Renée, who visited there with me in 2005.

It makes me wonder if there is anyone else out there who may also have had something to do with the Fazenda. 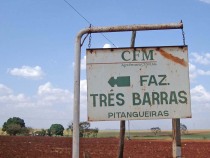 It was Gill’s birthday on Sunday and the boys and their families all decided to celebrate it by coming to Hermanus for the weekend.  We were delighted to have everybody here and the grandchildren certainly enjoyed getting together.  Michael, Nicky, Travis and Robyn arrived on Friday evening from Knysna, whilst the Cape Town brigade only pitched on Saturday, having had sporting activities to attend on Friday and Saturday.  We had the birthday dinner (sumptuous food) on Saturday night and everybody contributed.  The cake, which Michael made on Saturday, was the centerpiece for the singing and candles on Sunday morning.  The Knysna contingent had to leave after lunch, whilst the rest stayed on a bit later, allowing for a walk in Fernkloof.  We really enjoy walking with the grandchildren and look forward to the day when even the little ones will become keen hikers.  Now I must set about replenishing the wine cellar!!

Cooking up a storm

I wonder how many of our children and grandchildren knew that Pops (Ken Hazell) was a star rugby player, or that Pine Pienaar, Renée’s dad, was a soldier.  I came across these two old photographs today whilst looking for a birth certificate (which I didn’t find) and thought you might be interested.  Pops left Bishops after Standard 8 (Grade 10) but obviously represented them at rugby at the highest level until then.

The picture of Pine, also a dead keen rugby player, shows him as a reservist during World War II and he must have been at a training camp in the Caledon district when this was taken.  He is marked by the red dot.

I saw that Fernkloof Nature Reserve claimed, in its brochure, to have around 50km of paths, so I thought I would check this figure using Google Earth.  I was pleasantly surprised to find that by including the cliff path, there are no less than around 65km of paths available in the Reserve.  If one adds the approximately 45 km of cleared paths on Vogelgat and Maanskijnkop, then we can see how very privileged we are, having around 110km at our disposal (and there may be some that I have missed!).  There can be few places with such a wonderful resource available to walkers and nature lovers.  Let’s make sure that we use them and do what we can to contribute to their upkeep.

Mags and Lynette arranged the walk at Boschkloof, Thys de Villiers’ farm, on the road past Raka.  We had beautiful weather once again, although there was a pretty chill breeze blowing at the top of the mountain.  We walked a total distance of 10.5km.  The first half was all uphill and the return along the same route was the opposite!  Having done this walk previously, we knew what we were in for, but once again the fynbos amazed us with its profusion of colour and variety.  Last year we did it at the end of October and it was interesting to see the different species in bloom this time round.  The one that was special was the Erica ampullacea, some examples of which I show  below.

There were no less than 14 members present for the walk which took us up to a radio mast.  Some wanted to go further up to the next peak, but the teatime lethargy had set in and so this particular excursion was called off.  Next time we will just keep going!  The views over the wheat and canola fields to the north were spectacular.  You chose a good day to grace us with your company, Allan!  Also good to see Louisa again – please don’t let it be the last time.

Apart from the flowers, we also saw some Ground Woodpeckers, a couple of Black Eagles and many Orange-breasted Sunbirds. 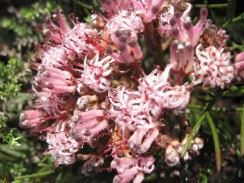 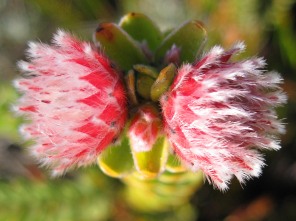 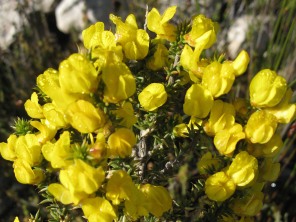 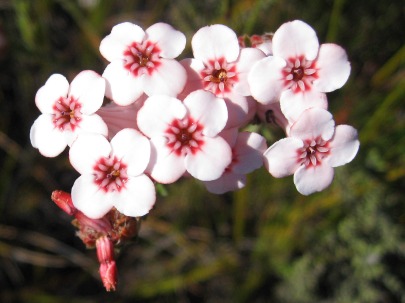 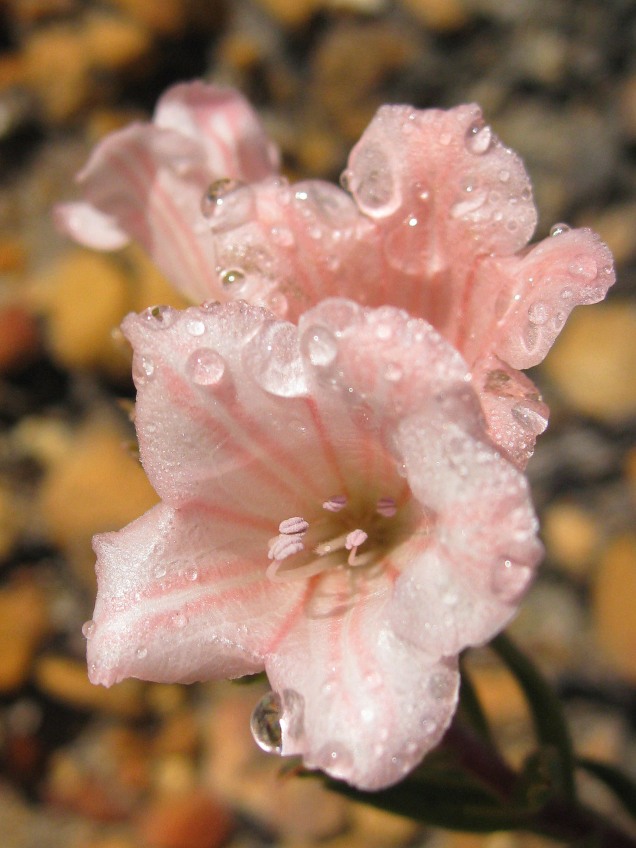 These are important events and, with the prospect of an imminent family get-together when Gill celebrates her birthday this weekend, I am reminded that I never recorded the last such reunion.  We all went to lunch at Salt of the Earth in the Hemel-en-Aarde Valley, where we enjoyed good food and wine (the latter from Southern Right, where the restaurant is situated)  It was in mid June and we had a beautiful winter’s day.  The grandchildren played cricket and were fascinated by the baboons that wandered around feeding in the garden and fields.

Walking at Sculptured Corner last week gave us a good view over the Hemel-en-Aarde Valley, a much admired feature of the Hermanus landscape.  We were saddened to see how the berry industry has transformed this valley and today’s article in The Sunday Times brought it to mind once more.  For those of you who are not familiar with the subject, I attach herewith a photograph I took whilst on the mountain.  It clearly shows the acres of shade cloth that have so incensed some of the residents.

One can’t help wondering how much this sort of activity has contributed to the current water shortages in Hermanus.  I measure the rainfall in Fernkloof and by the end of July we had had fully 100mm more than our average rainfall for the first 7 months of the year, suggesting that there should have been far more in the De Bos dam than at present.  Are the riparian users in the valley exceeding their rights?  Its an interesting thought!

Carl and Moggs arranged our walk at Kempsrivier, the farm belonging to James Delport and his wife Lucy, their daughter.  It was timed to coincide with the flowering of the canola fields and what a pleasure it was.  No less than 23 walkers turned out, lured by the beautiful Overberg scenery and the promise of lunch at Gabrielskloof after the walk.  We were not disappointed!  The weather also played ball, with a slight berg breeze bringing warmer temperatures.

We covered a distance of 6.6km through the rolling hillsides, surrounded by cereals, canola, fruit trees, herds of newly shorn and about-to-be shorn sheep, fat beef cattle, numerous beehives and many bird species.  We were buzzed by James in his microlite and visited by him on his motorbike as he attended to his farming activities.  Then, whilst some of us enjoyed cool drinks provided by Lucy on the verandah, others visited the two  beautifully appointed cottages which are for rent on the property (www.blackeaglelodge.co.za).

As usual there were interesting flowers along the way, but, despite some coaching by Christine, I still don’t know what they were.

By lunch time we were ravenous and made our way to Gabrielskloof Estate (www.gabrielskloof.co.za) for a very pleasant lunch accompanied by some of the fine wine produced by the estate.  There are certainly worse ways to spend a day. 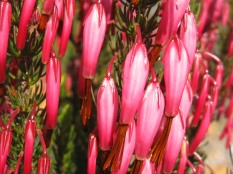 About to be beheaded 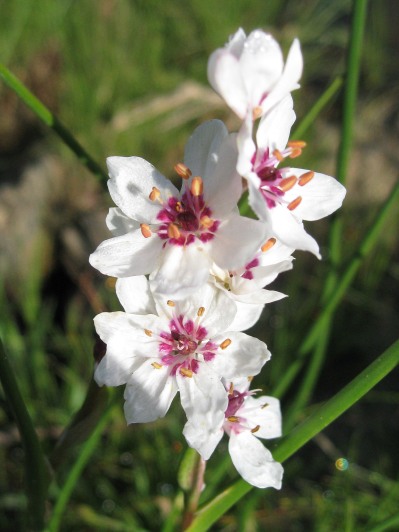 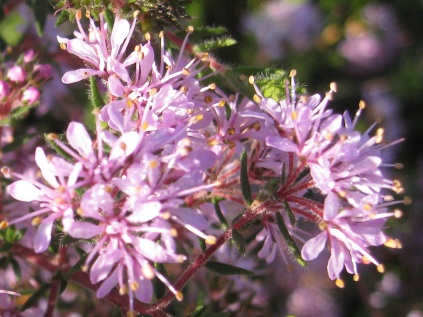 Our route across the farm

Spectators along the way

The group less John and Ronnie

The Microlite buzzing us

I have just returned from doing some photography up at Creation in the Upper Hemel-en-Aarde Valley.  What a beautiful place.  Carolyn Martin asked me to update the book I did for the Estate, showing the history, the viti- and viniculture, and the selection of wines and food offered.  They also display local art and I needed to photograph the latter.

Whilst there, I inevitably tasted a couple of their new vintages, the Sauvignon Blanc, Semillon blend, a real winner, and the new Bordeaux red blend, which is my favourite.  One need go no further than the Hemel-en-Aarde Valley if looking for good wines and I can heartily recommend Creation

Seven of the same of the same cousins, who were shown in 1954, now shown in 2005 at a party at Audrey’s.  We really should try to have another reunion, but where?  Everyone seems so scattered these days.  Perhaps we need to get up-to-date photos to me and I will assemble them for a group image!